CD22 (cluster of differentiation-22), is a membrane receptor found on B cells and is a member of the Siglec family of proteins (designated Siglec-2). CD22 primarily exists as a protein containing 7 Ig-like domains, the most membrane-distal of which (domain 1) is responsible for ligand binding. The expression of CD22 is generally regarded as being restricted to B cells. CD22 is initially expressed on immature B cells, is present throughout most of B-cell development, being most highly expressed on naïve B cells, but is lost on plasmablasts and plasma cells. Nevertheless, memory B cells and germinal center B cells from human tonsils express CD22 to a significant degree. CD22 negatively regulates B cell receptor signaling by binding sialic acid and recruiting SHP-1 or SHIP-1 via immuno-receptor tyrosine-based inhibitory motifs (ITIMs). CD22 is highly expressed on the surface of most malignant B lymphoma cells, including acute lymphoblastic leukemia and hairy cell leukemia, but is limited in normal B cells and rarely expressed in other normal tissue cells, making it a popular target for the treatment of autoimmune diseases and B-cell malignancies. 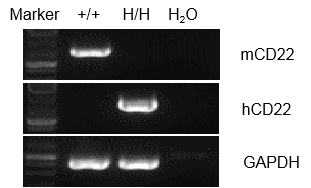 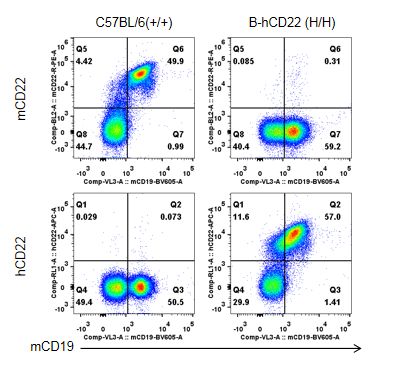