PD-1 (Programmed death-1) is mainly expressed on the surface of T cells and primary B cells. The two PD-1 ligands, PD-L1 and PD-L2, are widely expressed on antigen-presenting cells (APCs). PD-1 interacts with its ligands and plays an important role in the negative regulation of the immune response. PD-L1 protein expression is detected in many human tumor tissues. PD-L1 expression in tumor cells could be induced by the microenvironment of tumor cells. PD-L1 expression is favorable for tumorigenesis and growth, for induction of anti-tumor T Cell Apoptosis, and for escaping responses by the immune system. Inhibition of PD-1 binding to its ligand can result in tumor cells that are exposed to the killing version of the immune system, and thus is a target for cancer treatments. CTLA4 (Cytotoxic T-lymphocyte-associated protein 4), also known as CD152, competitively binds to B7-1 (CD80) and B7-2 (CD86) on Antigen-Presenting Cells (APCs) to block the T cell activating signal by B7 and CD28 (on T cells) interaction. The inhibition of CTLA4 by its inhibitory antibodies enhances T cell activity. The CTLA4 antibody is the first FDA-approved antibody to treat advanced melanoma. 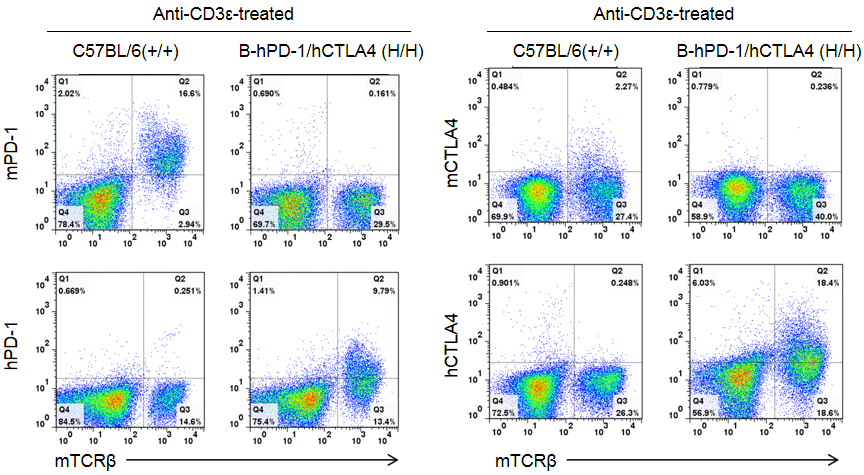