PD-L1 (Programmed cell death ligand-1), also known as B7-H1 and CD274, is mainly expressed in antigen-presenting cells (APCs) and activated T cells, and is one of the two ligands of PD-1. The interaction between PD1 and PD-L1 plays an important role in the negative regulation of the immune response. PD-L1 is highly expressed in a variety of solid tumors. PD-1 and PD-L1 interactions can reduce T cell activation and promote tumor immune escape. The PD-1/PD-L1 signaling pathway can be blocked and antitumor immune response can be restored by using by anti-PD-1 or anti-PD-L1 antibodies to block the binding of PD1 to PD-L1. LAG3 (Lymphocyte activation gene 3, CD223) is a lymphocyte activation gene and a member of the Ig family. It is mainly expressed in activated T cells, NK cells, B cells and plasmacytoid DCs. LAG3 is a negative regulator of immunity and mainly binds to MHC class Ⅱ molecules to regulate the function of dendritic cells. The expression of LAG3 is associated with the negative immunoregulatory function of specific T cells. Inhibition of LAG3 function enhances the antitumor effect of specific CD8+ T cells, therefore LAG3 is a potential target for tumor immunotherapy. 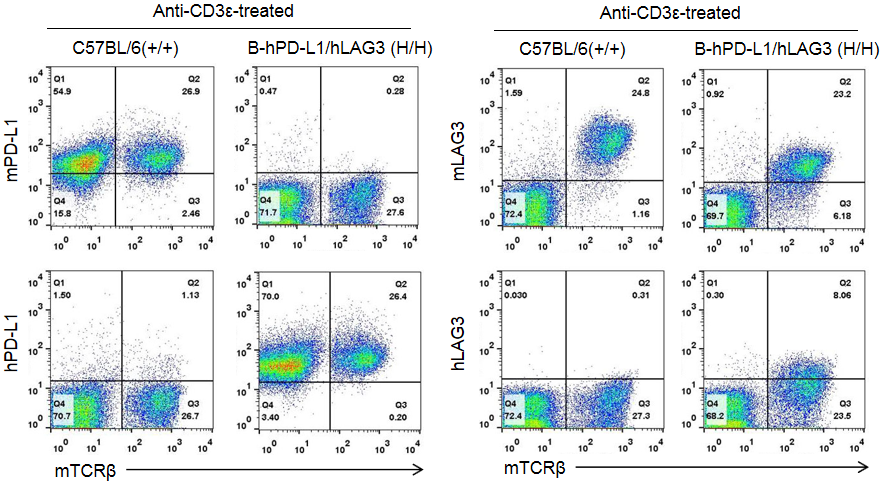