P-selectin glycoprotein ligand-1 (PSGL-1) as a selectin and chemokine-binding adhesion molecule was described as a major immunomodulatory molecule during viral infection. PSGL-1 also plays a crucial role in T-cell homeostasis by binding to lymphoid chemokines, and can induce tolerance by enhancing the functions of regulatory T cells. Recent findings PSGL-1 was originally described as a leukocyte ligand for P-selectin, but it is actually a ligand for all selectins (P-, L- and E-selectin), binds chemokines, activates integrins and profoundly affects T-cell biology. It has been shown that PSGL-1 can modulate T cells during viral infection by acting as a negative regulator for T-cell functions. Absence of PSGL-1 promotes effector CD4 and CD8 T-cell differentiation and prevents T-cell exhaustion. Consistent with this, tumor growth was significantly reduced in PSGL-1-deficient mice because of an enhanced number of effector T cells together with reduced levels of inhibitory receptors that induce T-cell exhaustion. Summary PSGL-1 is the best-studied selectin ligand and has become a posterchild of versatility in leukocyte adhesion, inflammation and immunology. The direct involvement of PSGL-1 in T-cell biology suggests that it might be a drug target. Indeed, PSGL-1 has been tested in some clinical trials and recently, PSGL-1 blockers were proposed as a potential cotherapy in cancer immunotherapy. 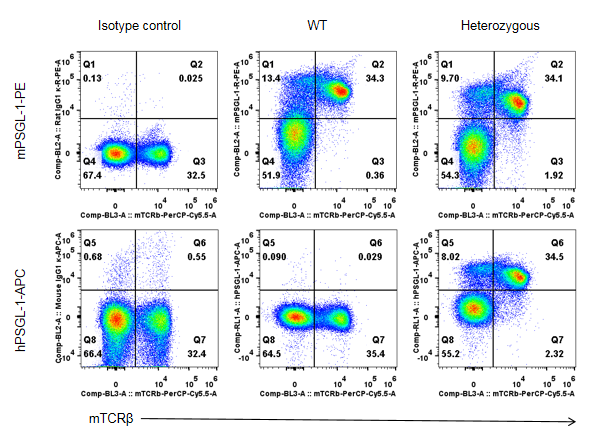